In watching many hours of professional wrestling, & listening to hours of commentary from people in the wrestling business, the following is my list of the greatest wrestlers of all-time. I examined their effect on entire scope of wrestling, drawing power, story-telling in the ring, ability to make their opponent look better, and in-ring ability.

The Top 20 Tag Teams Of All-Time 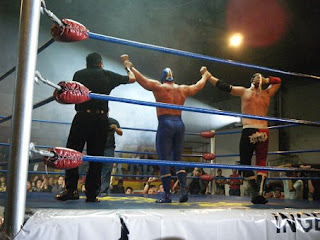 In Pro Wrestling today, there are few tag teams headline the show. In the WWE, the tag team division as a whole is put on the shelf, while most wrestlers focus on solo careers. During the 1970s and 1980s, fans had some of the best tag teams in the history of the business. Most teams, specialized in tag team wrestling, or they used their success in the tag team division to launch mega-star solo runs, such as Bret Hart and Shawn Michaels. This list encompasses the 1970s to current period in wrestling. I am sure, 'The Revival' currently in WWE will find themselves on this list in a few years. I have went back and archived everyone on this list watching matches on youtube or the WWE Network. Those in the Top 5, could in their era, be the main event in their territory on a card. As homage to The Jim Cornette, I find it interesting that wrestling had the best tag teams during the territory days. #1, the RocknRoll Express, and #2 The Midnight Express (both versions under Jim Cornette) are the standard of tag-team wrestling. They simply were the best in their era by outdrawing any Tag-Team of the era headlining many venues. Tag teams in this era can be considered textbook material to study of today's tag-teams and solo wrestlers because of the storytelling in the ring. Simply, both heel and face teams made each other better.

1. The Rocknroll Express
2. The Midnight Express
3. Legion Of Doom, The Road Warriors
4. The Fabulous Freebirds
5. Demolition
6. Tully Blanchard and Arn Anderson (The Brain Busters, 4 horseman)
7. 'The Crusher' Lisowski and Dick 'The Bruiser'
8. The British Bulldogs
9. The Hart Foundation
10. The Minnesota Wrecking Crew (Ole & Arn Anderson)
11. The Rockers
12. The Fantastics
13. Harlem Heat
14. The Wild Samoans
15. The Hardy Boys
16. Edge and Christian
17. The Steiner Brothers
18. The Blackjacks
19. The Dudley Boyz
20. The New Day

Marvelous Mike, Guru Of Pro Wrestling
ultimateworldwrestling.com
Posted by Unknown at 1:07 AM No comments: 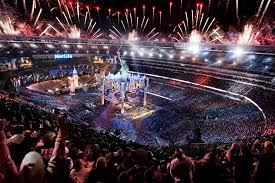 Long gone are the days of kayfabe in pro wrestling. Most all fans around the world know that wrestling is a work, but still appreciate the characters, athleticism, and stories told in the squared circle. With the advent of social media, the popularity of wrestling is rising once again. Vince McMahon is famed for saying 'he is not in the wrestling business, but sports entertainment business.' Wrestling is athletic competition but at heart entertainment. More than ever, people want to be involved in the rasslin business. Whether as a competitor, writer, social media mogul, or behind the scenes personality, it is an exciting time for wrestling. If your not seasoned veteran, or a 20year old spry chicken, let us face it, there is a glass ceiling to break into the business. Few wrestling superstars past and present, will follow on twitter, or acknowledge your thoughts, as legit. If your like me, however, I chose to aspire in life in other areas instead of just graduating business school hop on the bus to go to rasslin school. Life is a journey, and for some reason the past year I have reaffirmed my passion for wrestling. I seriously doubt you will ever witness me doing a 450 splash off the top rope if you do, my funeral will most likely be the following week and everyone is invited. Though I would like learn to take bumps in the ring, my goal is to be a wrestling personality and promoter, cause dammit, personality is freaking missing trait in pro wrestling.

I have a gift, I believe, of seeing just the story and things going on in the ring after studying hours of film from about every era. Some stars today, are on edge mega mainstream stardom, but have no personality to get over. Is this their fault? Critics say yes it is, they have to be perfect. I disagree. Honestly, it is heartbreaking, watching them get booed. Their personalities getting crucified on social media when you see them give all their athletic skill in a match. I will admit, that I give constructive criticism, but never cross the line. I appreciate that those athletes made it to their dream reaching the WWE. However, we have witnessed countless potential stars fade away cause they lack personality. The solution to believe is for the 'wrestling' business to quit being such a close society and utilize talent, that simply would be a mouth piece getting potential superstars over. I miss the days of wrestling managers. In the business today, I doubt any of us could name ten wrestling managers that are still active and utilized from indies to WWE and New Japan Pro Wrestling (NJPW). Perhaps it a financial decision, simply paying a guy/gal, for the sole purpose of promos and getting 'heat' for their client(s). The financial decision has no merit with people that would literally work descent salary. Then, we come to 'the old rasslin' philosophy only use stars from the past. While this can and has worked, it takes away from the potential talent outside of wrestling. It should be the goal of 'sports entertainment' business to expand; then, the xenophobic glass ceiling needs to be busted open. People that have the gift to gab, and the passion for the business should be used to expand wrestling to the mainstream fans. I dismiss pundits that claim wrestling is dead and will never again reach popularity as it did during the 80's, and Attitude eras. All of us have listened to slander of the wrestling industry on podcasts and YouTube. We can either chose to be relics of the past or legends for the future. Only individuals that cherish the past, have a willingness to learn, and a passion for wrestling should aspire to be personality in the business. Our goal should be make athletes into superstars in rich historic legacy of wrestling. I will admit; this article is validation for people like myself being involved in the industry. 'I have wined and dined' with leaders around this world. I have been privelgded to perform and speak before thousands. No matter what field you chose to master in, if your not in the self-promotion business then you settle live in mediocrity. I always say. Our responsibility is to awaken the legend within. Though, it is looking for help break a crack in that ceiling. I love wrestling. I remember, the fever of hulkamania, how as a child it inspired me along with my faith and family, dealing with the peer pressure in grade school which helped me to go on achieve in life. I believe in a world so full of hate and division. Pro wrestling has a golden opportunity to spread the message of positivty, and inspire from young to old. One match, one moment, can literally change a life for the better. Haters are gonna hate. I am certain critics will have their 'two cents', oh well. I've come to far to turn back now. Love me, hate me, you have the right to do so. If you have a passion for life and wrestling, I know you will respect my passion. So, my disicples, continue to tweet, write, and train. 'Wrestling is real, people are fake.'

The Love Of Pro Wrestling

Pro Wrestling is entertainment. It defines in essence the struggle between good and evil. Therefore, the journey has travelers that walk the dark and light paths. Both are necessary to explain the human struggle. Will good triumph over evil? , Will the crowd feed the evil, to see it triumph over good? , or... will someone defy the norms and follow both paths to achieve their goal? Wrestlers play this role. It is more than acting, its drama with athletic skill. 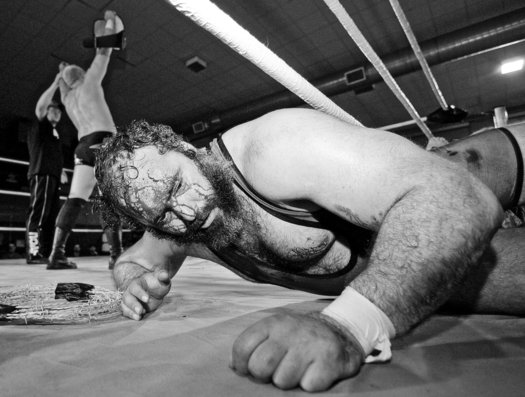 Wrestling is more than a career, it is a way of life. It is becoming a character with a life-long role, and taking the audience on that journey with you.. So it is up to the 'sports' entertainer to make fans believe. Wrestlers and wrestling personalities need to understand the responsibility they have to entertain. We need each other to tell a good story, therefore, wrestlers first priority is to protect the business and his or her fellow dance partner in the ring. Respect the business and tradition knowing what your audience wants to be entertained by telling them a story and don't be afraid to set new standards through which can only take pro wrestling forward to a new generation of fans.
People see behind the curtain just like they do in any movie,tv show, or play. Wrestling, however, has a special place in this human journey, because it can defy language, race, ethnic background, political affiliation, and culture. It can be used to unite or divide. I believe wrestling can be used for good to unite. In a world in need of positive influences, let us choose to unite not divide people further.
Peace, my brothers and sisters